Skip to content
DUE TO COVID 19 ORDERS ON PRODUCTS ARE TAKING LONGER THAN NORMAL. WE APOLOGIZE FOR THE INCONVENIENCE. 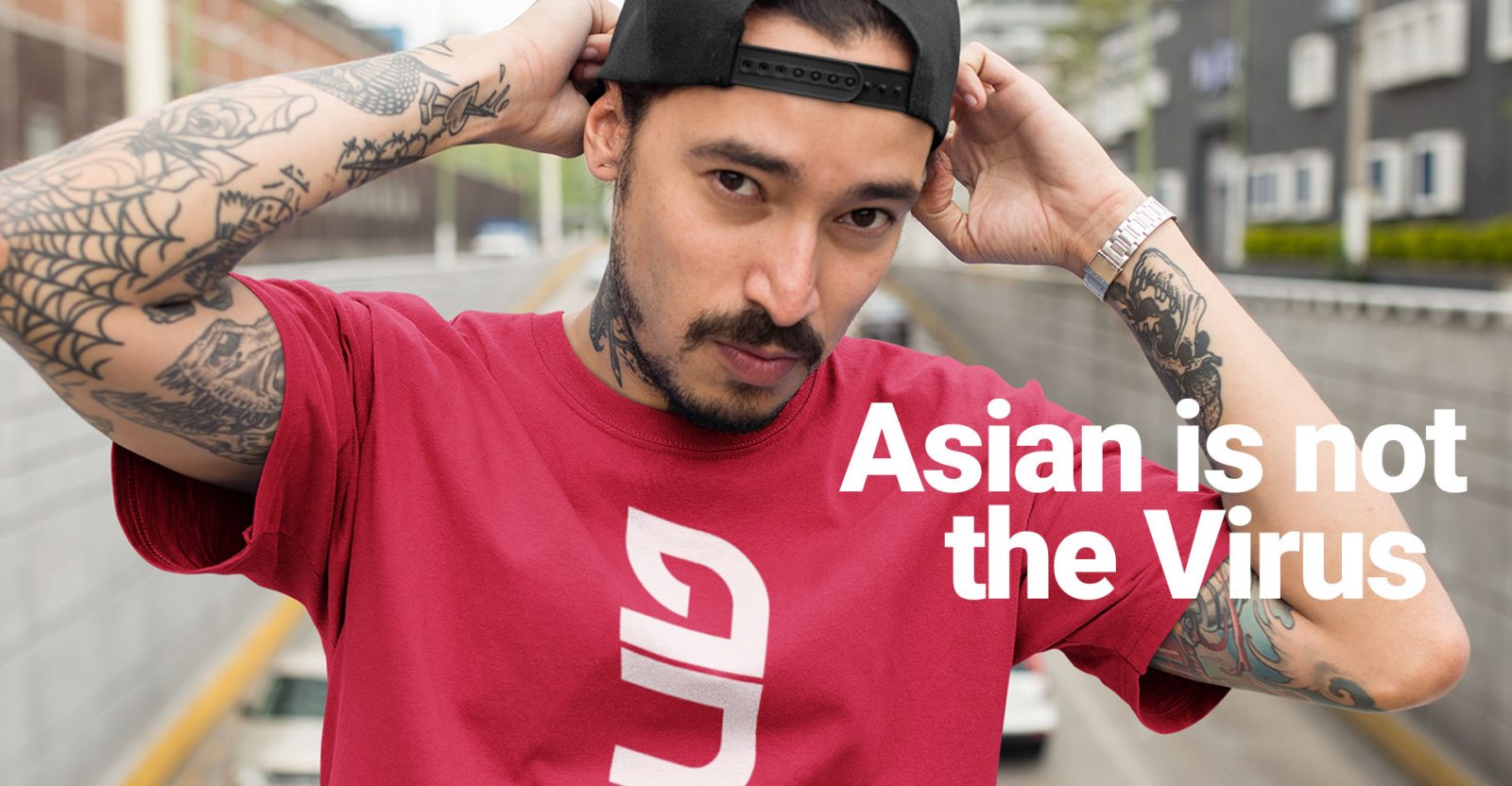 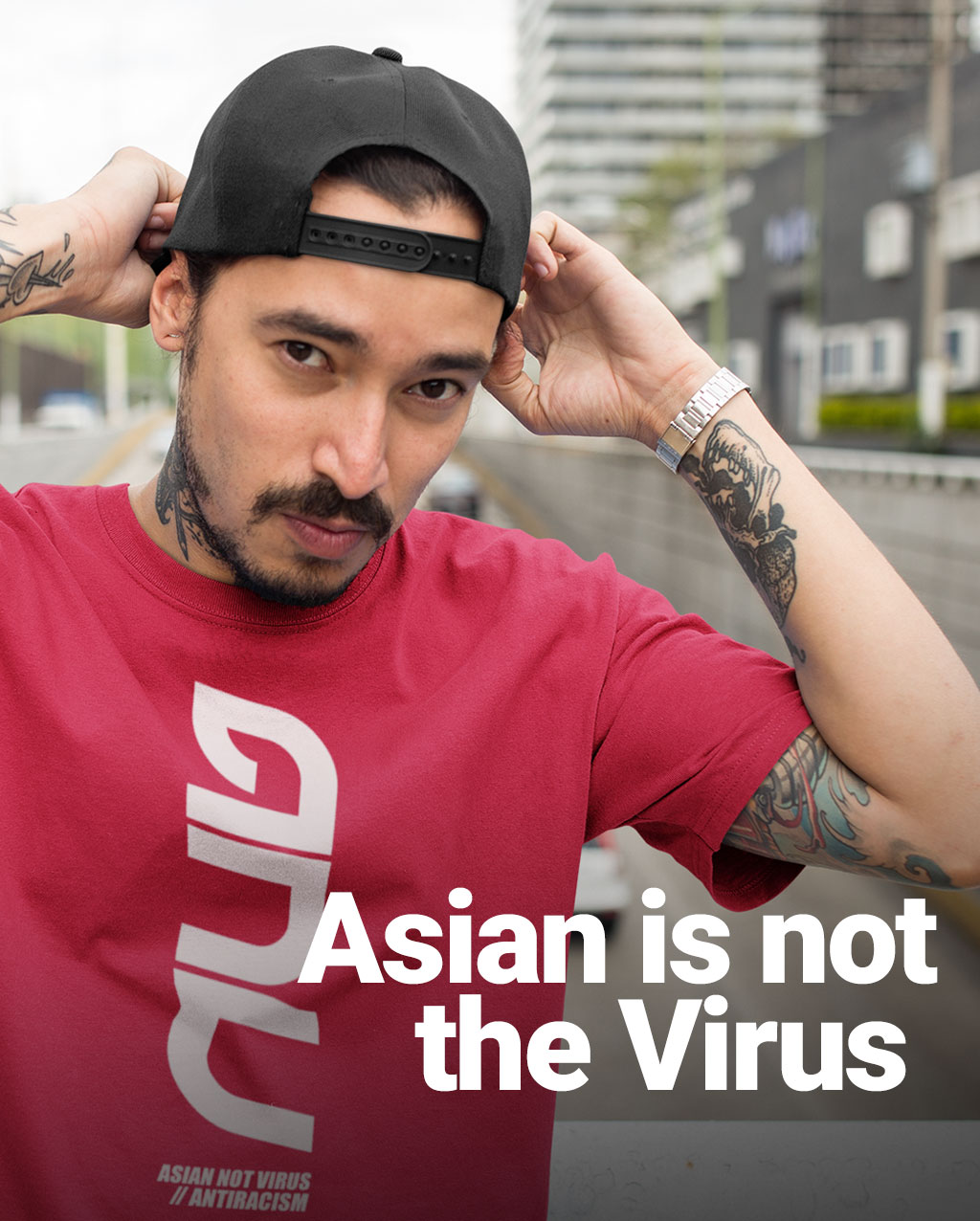 Taking a Stand Against Racism

With the emergence of COVID 19 we have seen an increased amount of racism and violent acts against people of Asian decent. In response we have come up with a new brand ANV - ASIAN NOT VIRUS to show that we will not tolerate hate or racism of any kind. Stand in solidarity with KFA and all people of Asian decent from around the globe as take a stance against these hate crimes, violent acts, and ignorance.

Anti-Asian Racism Must Be Stopped Before It Is Normalised

The US must not repeat the same mistake it made after 9/11 by allowing the scapegoating of a whole minority population.

by Sahar Aziz on AlJazeera

The scapegoating of an ethnic group during a national emergency has begun.

Rumours are circulating that Chinese people are spreading the coronavirus in America. School children are bullied for being of Chinese origin. Racial slurs are hurled at people who "look Chinese". Chinese culture is increasingly represented as backward and as a threat to America. The predictable consequence is an upsurge in racial violence.

In the most egregious hate crime thus far, an Asian American family, including a two-year-old girl, was stabbed at a Sam's Club Store in Midland, Texas. The attacker admitted to police that he tried to kill them because he believed they were Chinese people infecting Americans with the coronavirus.

We have seen this script before. Almost two decades ago, Muslims and Arabs were blamed for the worst terrorist attacks on US soil. In those early months of the national crisis, we failed to thwart anti-Muslim racism before it became mainstream.

During the subsequent "war on terror", Muslim doctors and small business owners who had served their communities for years became targets of boycott campaigns and vandalism. Students whose names were Mohamed, Osama, Hussain, etc were physically assaulted and taunted for months. Women wearing headscarves became afraid of being in public spaces as hate crimes against Muslims skyrocketed. Cab drivers and gas station owners were murdered, some of whom were Sikhs mistaken for being Muslim.

Some Americans either joined in blaming Muslims or excused Islamophobia as a rational response to a national emergency. Too many remained silent. The few who condemned anti-Muslim bigotry mistakenly believed it was a temporary backlash that would eventually wane.

It was not until January 2017 when Trump issued the Muslim Ban that a critical mass of Americans finally rose up at airports across the country to protest against anti-Muslim racism. But by then, Islamophobia had been normalized. Just as Muslim and Arab Americans were scapegoated for 9/11, Chinese and Asian Americans are being collectively blamed for the coronavirus pandemic.

As early as February, Asian Americans started reporting an increasing number of hate crimes. On February 1, a man in Los Angeles verbally accosted a Thai American woman, calling Chinese people "disgusting". On February 14, a 16-year-old boy in San Fernando Valley in California was physically assaulted by other teenagers who accused him of having the coronavirus solely on account of his Asian American identity.

By the end of March, xenophobic incidents had occurred across the country, according to a report by the Asian Pacific Policy and Planning Council. Of the 673 cases of anti-Asian discrimination reported on its website between March 19 and 25, 67 percent were in the form of verbal harassment, 23 percent were shunning, and 10 percent were physical assaults.

A Korean American standing in line at a local grocery store, for instance, heard a shopper tell her child they had to move to another line, or they would get sick. A 51-year-old Asian woman at a bus stop in the Bronx was verbally assaulted and hit in the head with an umbrella by three teenage girls as they allegedly shouted: "You caused the coronavirus, b***h."

Sadly, blaming Asians for public health crises has a long history in the US. The undercurrent of anti-Asian racism has always lingered in the backdrop of US national security practices.

Referred to as the "yellow peril", Chinese and other Asians were lawfully excluded from entering the United States starting with the 1882 Chinese Exclusion Act. Asians living in the US could not naturalise as US citizens until 1943.

When the Trump administration refers to COVID-19 as the Chinese Virus, Wuhan Coronavirus, or Kung Flu, these racist framings are not accidental. They aim to distract us from the federal government's failures to prepare for and mitigate this pandemic.

The same happened after 9/11 when the Bush administration's portrayal of Muslims as terrorists redirected the public's anger at a vulnerable minority rather than a government whose foreign policy had produced instability and violence in the Middle East and Central Asia. Americans after the 9/11 terrorist attacks were scared. They sought an easy scapegoat to make sense of an unprecedented national crisis; as they do today. If the months following the attacks are to teach us anything, it is that anti-Chinese racism and xenophobia will increase with time if we do not confront it head on now.

We must immediately adopt a no-tolerance policy. Not after a few months or a year as the hate crimes escalate, but today. Just like we have to act early to fight the spread of the coronavirus, we must act now to fight anti-Asian hate before it can no longer be contained.

Editor's note: A previous version of this piece incorrectly claimed the Chinese Exclusion Act was passed in 1872. It has been updated with the correct year: 1882.